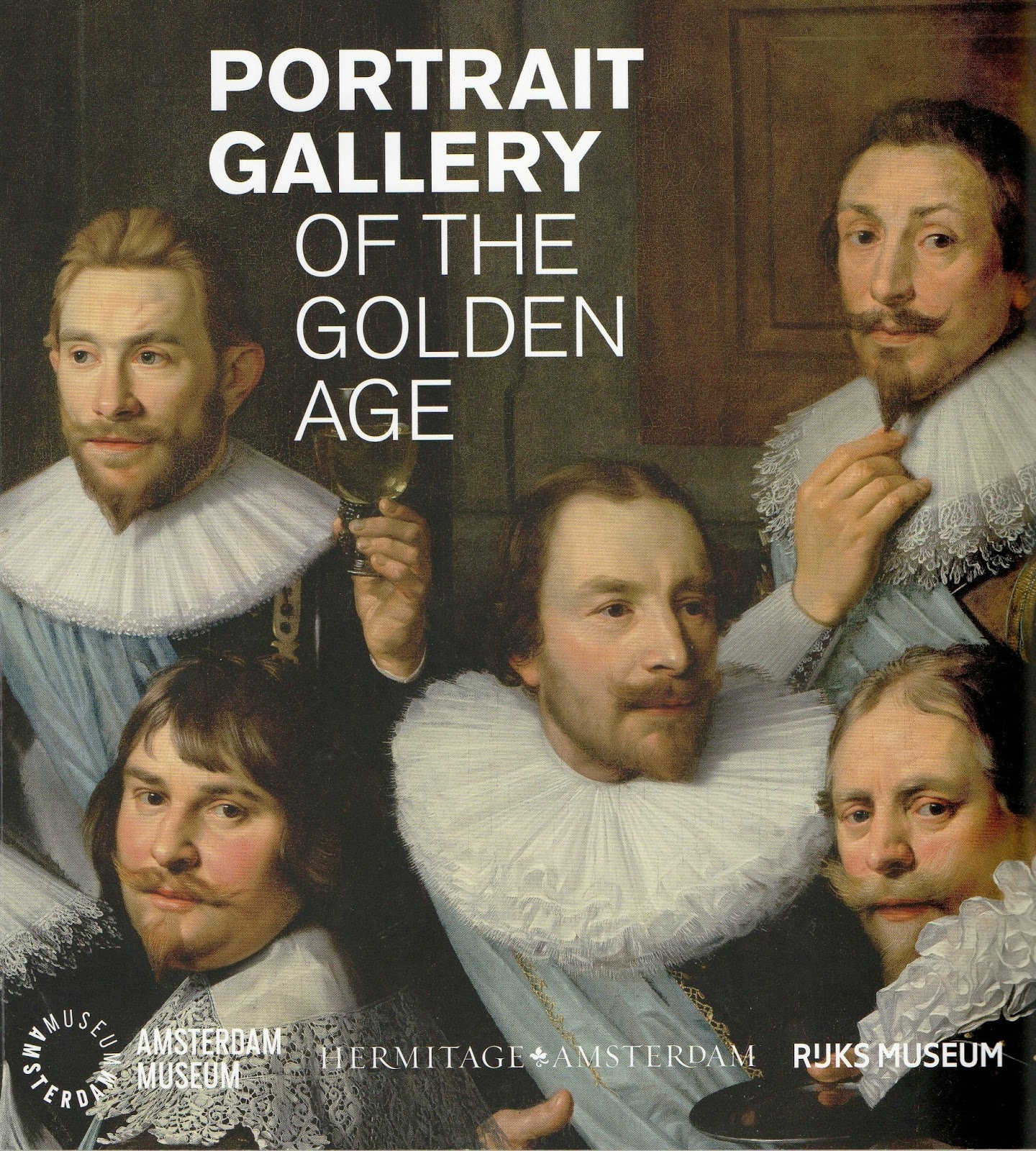 I suppose everyone has heard of the Nightwatch, but Rembrandt’s masterpiece is only one of a series of group portraits that were unique to the Netherlands. This book is a result of a collaborative exhibition of such portraits organised at the Hermitage Museum in Amsterdam in 2014.

These portraits were mainly done for the civic guards and charitable institutions of various Dutch cities. The earliest civic guard group in the book is the 1529 painting by Dirck Jacobsz of the seventeen man squad of harquebusiers’ militia, two side panels were added in 1559 portraying a further fourteen men. The book charts and rise, function and ultimate decline of the group portrait. The most recent painting in the book is the 1705 Regents of the Oudezijds Huiszittenhuis, though a few commission continued to be made as late as the nineteenth century. The book ends with an Epilogue containing photographs of some current boards.

There is a chapter on the city in the Dutch “Golden Age”, defined for this as 1588-1700. There are illustrations of paintings of Amsterdam and Haarlem, often containing a vast amount of detail, for example the 1656 painting of Dam Square with the new town hall under construction, there is also a painting of the destruction of the old town hall by fire in 1652. In the painting of the new town hall you can see details of all levels of society; to the bottom right are foreign merchants in long flowing robes, a man in a bright red cloak draws the eye to the centre of the painting, and behind him is a wheelbarrow pushing member of the working class.

There is a chapter on the prosperous burgher families that controlled the Republic. The book discusses how marriage, money, and appointments to various boards of governors or civic guards created a route to the top for such men. This is followed by a chapter on law and order and the heyday of the civic guard piece, by this point in time often painted while the group appear to be in the middle of a banquet. The book moves on to discuss the importance of trade to the Republic, illustrated both with paintings of various markets, such as the vegetable market at Leiden, and with group paintings of guildsmen and surgeons.

The work of the burgher families in supporting a range of charities is shown through various group portraits of the regents and regentesses of orphanages and almshouses. When men and women are depicted together the women are seated separately and off to one side. Where the women appear on their own they have their account books in front of them.

This is a fascinating little book (128 pages), sumptuously illustrated and well priced at €19.95. it can be mined for a wealth of costume details.
Posted by Pat Poppy at 13:56