Review of Clothes of the Common People in Elizabethan and Early Stuart England 1558-1660: the user’s guide. 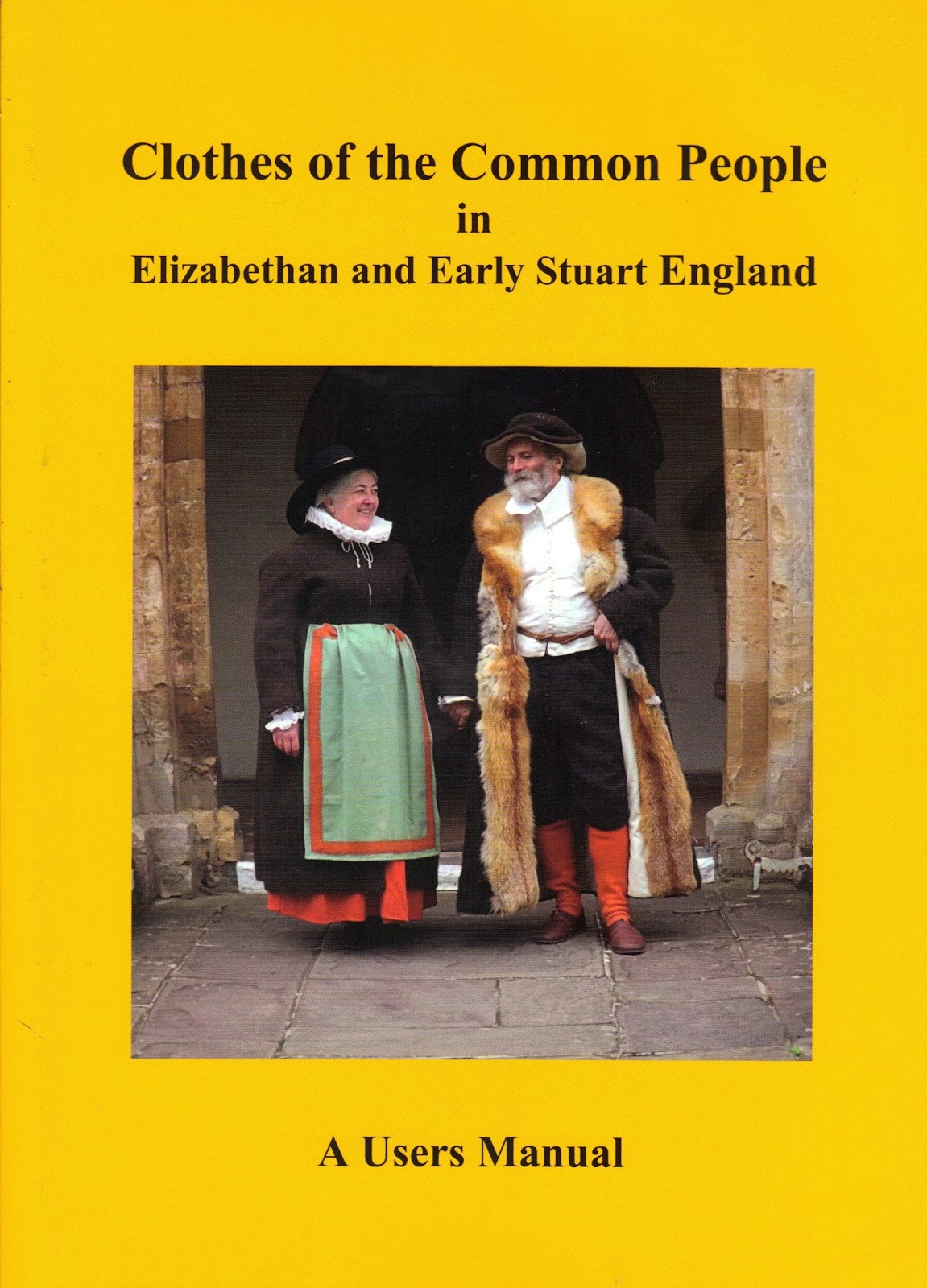 The first thing to say is that Stuart and his team have done a tremendous job of trawling through a vast amount of information, which they have distilled down to this. However as Stuart himself says in the introduction, “This book will make simplistic, unsupported assertions of fact.” He then refers you to the other books in the series for backup.

This means there is no bibliography, a section will just come with a reference to another book or two in the series,  for example “see volumes 10 and 11 for full details on doublets.” Since these volumes also don’t have bibliographies, just abbreviated citations, you then have to go to the separate volume containing the bibliography, to work out where information came from originally.

It also means that there are frequently no captions giving the source of illustrations. If you know the period and subject well you will be able to look at an illustration and  say CP1640s[1.17] is from a set of Cryes of London in the British Museum, and CP1602c[1k] is a detail from the Montacute House frieze. If you don’t know the subject well you would again need to find this information in one of the other books in the set. A full set of the series would cost well over £300. One of these other books also contains justifications for why, for example, he has used some Cryes of London, but not others, and presumably on the other hand why he has used the Nathaniel Bacon painting even though they are heavily derived from Dutch works.

The book is arranged as follows: The Materials (fabrics, haberdashery, colours); Who Wore What When; Men’s Doublets; Men’s Breeches and Hose; Men’s Undergarments and Linens; Men’s Overgarments; Women’s Garments with Overbodies; Women’s Waistcoats and Overgarments; Women’s Linens and Infant’s Garments; Accessories; Construction of Replicas; Appendix 1 Short glossary, Appendix 2 The “Corpus” which is about the illustrations used. The book covers 102 years, sometimes there is an indication that a garment was only worn in the early years, or a garment was only worn in the later years, but often there is no differentiation.

There are quite a few areas where I would take issue with Stuart’s “assertions of fact,” but I’m not going to do so here for fear of being labelled a “stitch counter.” Other re-enactors will know what I mean.  If you are using the book to create garments of a particular period remember that the book covers over 100 years, and make sure that you are happy that the garment is suitable for your period.

Niggle – I wish someone had proof read the book in full before publication, having for example woolen and woollen and knit and knitt in the same table I find distracting.
Posted by Pat Poppy at 19:57