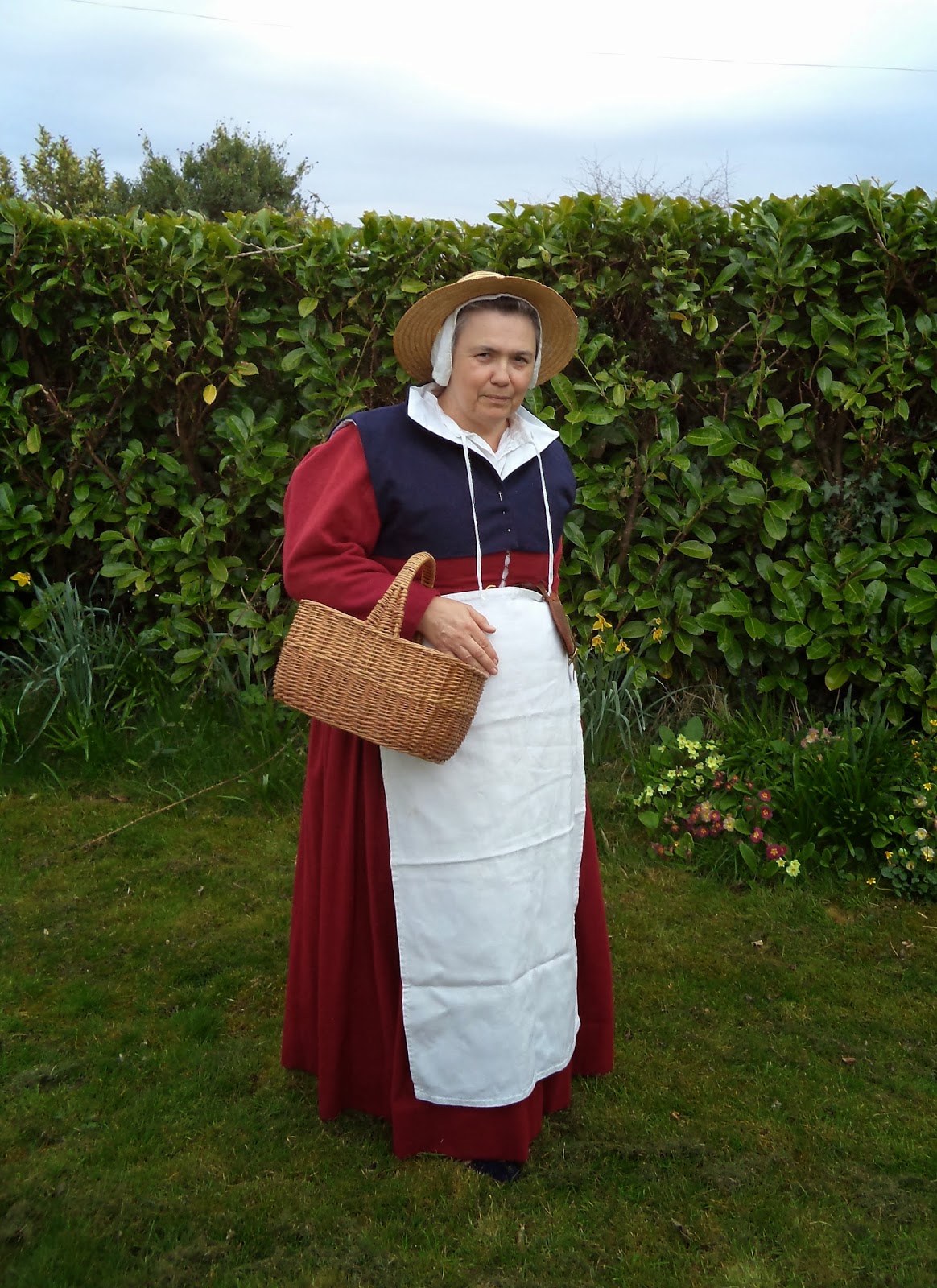 This year we have been invited to go and play with the Dutch at Schipluiden near Delft. We are re-creating a battle of 1574. I have neither time nor money to make a wholly new outfit, so it is a matter of repurposing what I already own. Having looked at some 1570s Dutch and Flemish genre paintings, especially by Pieter Aertsen (1508 -1575), Pieter Pietersz  (1540-1603) and Joachim Beuckelaer (1533–1574) I decided on something that would make me look vaguely period.

I took my 1640s madder red wool waistcoat and petticoat, which were two separate garments, and sewed the bodice to the skirt to hide the tabs. The bodice does not lace, it has hooks and eyes up the front, but some surviving garments of this period hook and eye at the centre front, the underbodice of Eleonora of Toledo (1562) and the gown of the Pfalzgrafin Dorothea Sabina (1598) for example, also the lady in red in Beuckelaer’s Air of 1570 appears to have hooked together her jacket at the top and left the rest of it loose.

My 1640s neckline is low and square, and the sleeves gathered at the back. What was needed was a partlet. I had some navy wool left over from an outfit I made for Roger longer ago than I care to think about, just enough for a partlet, and enough linen to line it. I made it to look similar to that in Aertsen’s 1567 Market Woman and in Pietersz’s Pancake Baker.

Head wear also had to be taken into consideration. Many of the coifs in the paintings appear to be quite complex. Women, certainly of my age, wore some form of linen covering on the head. I opted to go with the simple English coif made from one piece of fabric with shaping to the forehead and cheeks - on the grounds that I already own one. In design it is like one of several in the Victoria and Albert Museum, but without the embroidery. Many of the women in the paintings wear a straw hat; Aertsen’s 1567 Market Woman again, the woman in the background of Van Valckenborch’s Summer of 1595 or in his Vegetable Market. So I dug out a simple straw hat in a vaguely similar style. 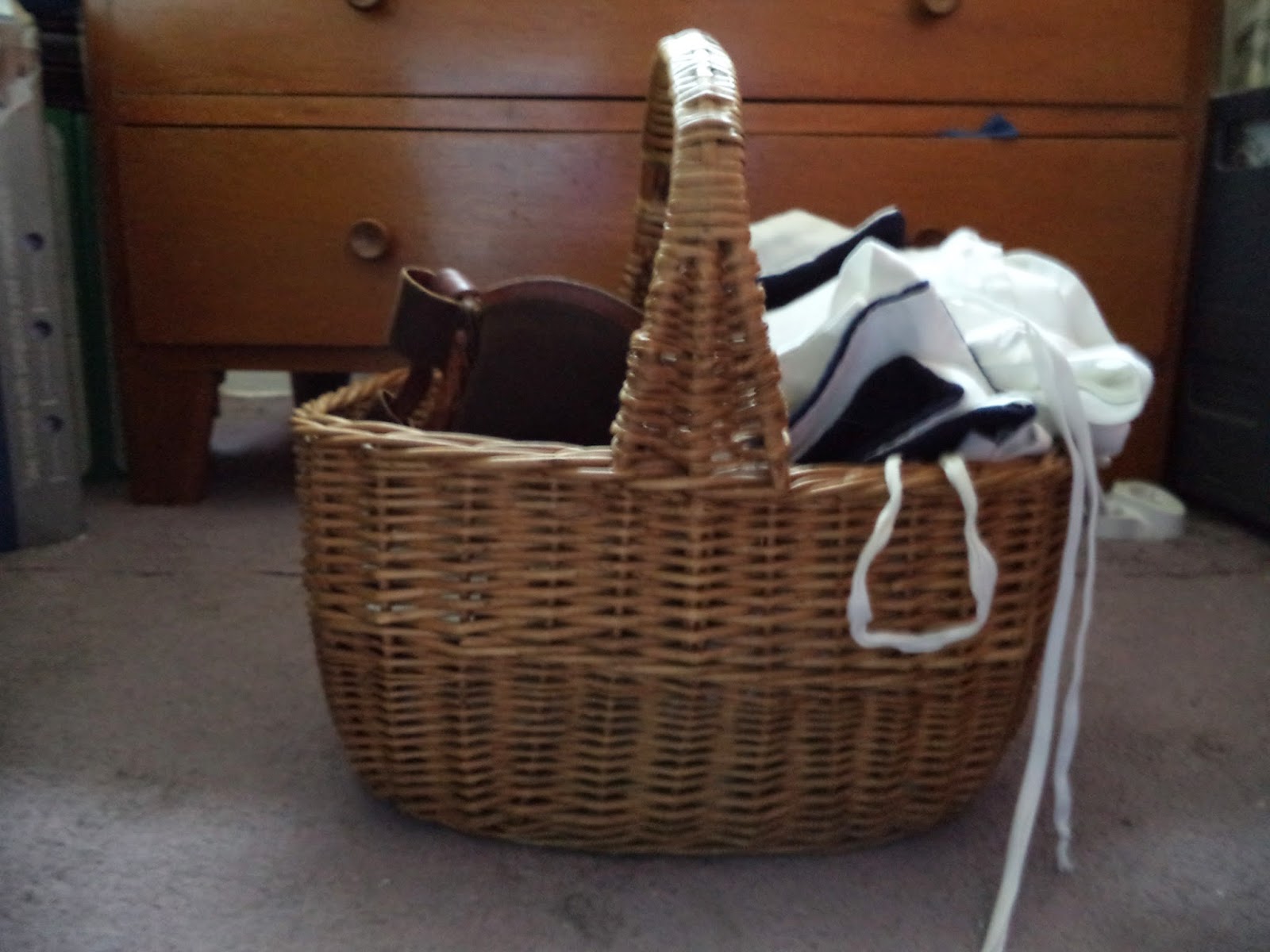 Next a basket. I usually carry a rush basket for 1640s, but most of those I saw in the paintings were wicker, two in this market scene by Aertsen. So I dug out an out wicker basket I own that looked similiar.

I look vaguely 1570s, though it is probably not what I would have produced if I were starting from scratch.
Posted by Pat Poppy at 22:05